Welcome to the Mary Foster Blog

“We can all be leaders and, in fact, it’s best when we are all leaders… As humans, we all have what it takes, and we all need to use our leadership abilities in every aspect of our work life.” 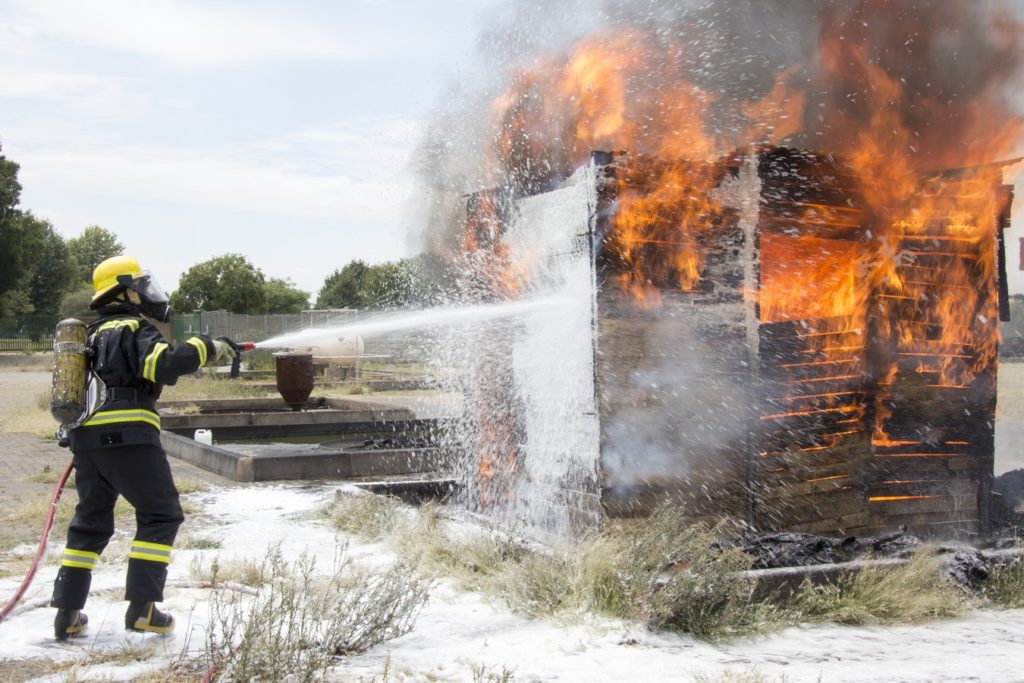 These are the words of nuclear submarine commander L. David Marquet, in his book Turn the Ship Around!

It’s a text I use in the middle manager leadership development programme that I run for the Royal Berkshire Fire and Rescue Service. The message chimes with the beliefs of chief fire officer Trevor Ferguson, and director of support services Nikki Richards, who commissioned the programme. Traditionally, fire and rescue services have been run according to a model of command and control. However, Ferguson does not believe this model is suited to meeting the modern demands on the service. “We want to enable all our staff to be the best public servants they can be,” he says. “To do this, they must be equipped with the right knowledge and skills to empower them to make the best decisions in complex and difficult situations.”

The Royal Berkshire Fire and Rescue Service has 18 fire stations and employs more than 600 staff, who serve a population of approximately 860,000 people. Its highly trained fire crews deal with incidents ranging from road and rail accidents to fuel and chemical spills, aviation and waterway accidents, collapsed buildings, large animal rescues and, of course, fires. Along with providing a swift and effective response to incidents, the service aims to educate people on how to prevent fire and other emergencies.

“Public service middle managers must be aware of the bigger picture”

I was asked to design a leadership programme that would create a culture of high performance and peer learning in all areas of the service, increase collaborative working and develop the capability of middle managers to deliver organisational change. Richards describes middle managers as “the engine room of the service”, saying: “They are responsible for the management of the majority of the organisation, which makes them hugely influential in the service’s ability to work effectively and deliver change for the benefit of the communities we serve.” 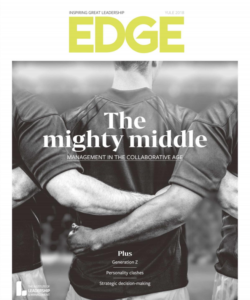 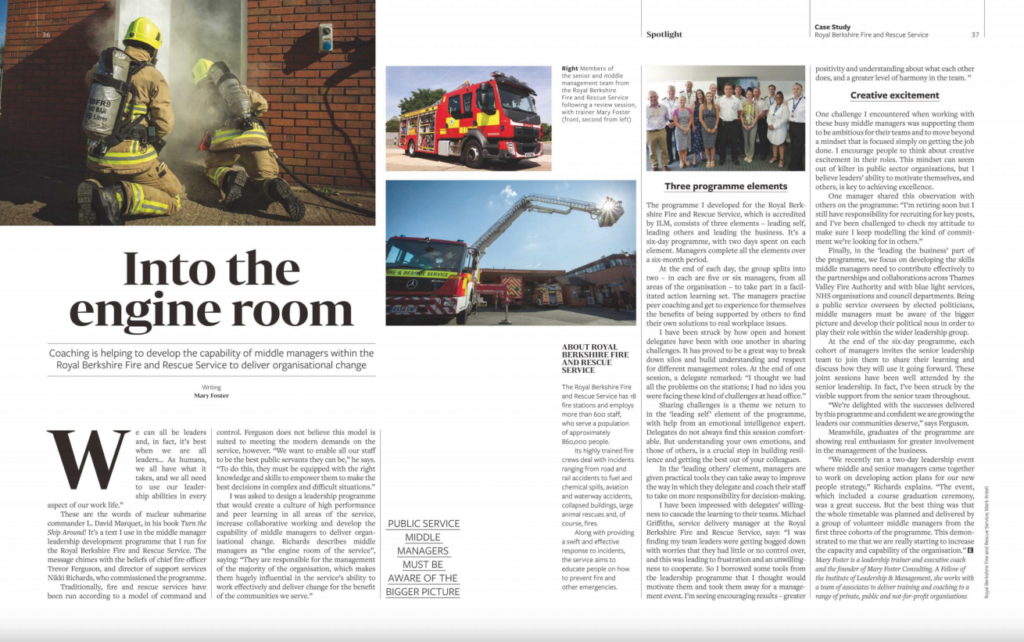